:MEMORIES
SOME OF MY FAVOURITE BINS

This was a couple of years ago now but I remember it as if it were yesterday. It was green/black/metal coloured .
There was more rubbish in the front garden than there was inside the actual bin. It was one of those kinds of front gardens if you know what I mean. The owner of the house was obviously some kind of useless gypo or perhaps they were just a bit depressed/retarded.
The lid didn’t fit properly so it was easy to get into. I remember the smell. Inside it there was a human head covered in ants.

18 MILDMAY PARK, ISLINGTON, N1
I found this one on bin night. It had three bags inside and they were all full of really old yoghurts.
I opened all the bags and smeared the contents all over some poor cunt’s driveway.
The smell was abysmal. I remember it burning my eyes. I bumped into my mate Dane Tuppence on the way home and he said my eyes were actually bleeding a bit. That’s how bad it smelled.
Absolutely first class. I still think about that bin sometimes and I get a lump in my throat. Very moving.

3 PIPER CLOSE, N7
It was a black plastic bin (boring). It was behind Budgens. When I climbed inside it it took off like a space rocket and I started to travel back in time and I grew a magnificent set of antlers. I floated through space and had sex with Sir Trevor McDonald in the middle of a meteor shower and then I exploded and woke up under a bench on Hampstead Heath.
My mate Vile Clive reckons that I probably just ate something weird and ended up getting raped in the park but I’m not sure. I like my version better.

187 PLIMSOLL ROAD, FINSBURY PARK, N4
Well it was red and very large. Some people would probably say it was more of a bottle bank and they’d be well within their rights to do so.
I remember all the slugs. Hundreds and hundreds of fucking slugs.
(Monster Munch? Did I see a packet of Monster Munch in there as well?)
There was a tramp who lived inside it. He was naked and shouting something about Peter Beardsley’s gran. He was covered in broken glass.
He put his hand up his own arse and started crying.
That was a good experience. I liked that.

DOWN BY THE CANAL
I visited this one with my mate Sexy Chris. It was a public bin. It was black and the local council’s logo was embossed on the side in gold (posh). It was near some canal boats and next to a bench. I’ve never seen anything quite like this before but the bin was full to the brim with human tods. If I had to hazzard a guess why then I’d say that one of the canal boat residents had emptied a septic tank into the bugger. Why? I don’t know why.
I plunged Sexy Chris into the contents as hard as I could.
He almost drowned and he was extremely unwell for several weeks afterwards.
It was one of the best days of my life. 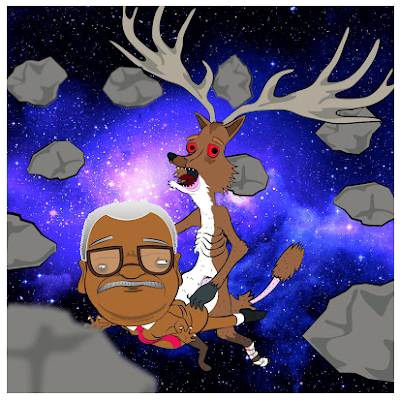