AN IDEA FOR A POSSIBLE TELEVISION SCHEDULE

6:00 LINEKER'S CASTLE
Edge-of-the-seat game show hosted by Gary Lineker in which contestants must battle their way through the ex-footballers' 'Egg Labyrinth', tackling various puzzles and conundrums in an attempt to win a dozen free range eggs. This week guest-star's Nicholas Lyndhurst as the evil 'Baron Trois Oeuf'.
(Contains scenes that some younger viewers may find disturbing)

5:30 FISH AND CHIPS
Detective Jason Fish and Sergeant Brenda Chips are on the case again, making sure law and order are restored in the delightful seaside town of Walberswick in this charming teatime sitcom. This week a boy appears to have been raped and murdered by a mysterious stranger.
Detective Jason Fish - Robson Green
Sergeant Brenda Chips - Mel Sykes
The Rapist - Vernon Kay

7:00 GOOSE PREDICTIONS: WITH MARTIN CLUNES
New series in which Martin Clunes attempts to predict what the geese and swans are going to do next from his hiding place in the bushes. Today's episode comes from Hemel Hemstead and Clunes is way off the mark when a dog makes an unexpected appearance.

8:00 THE MAN WITH THE FACE OF AN OTTER
Heartbreaking documentary which follows 47 year old Ian Pin as he struggles through life with the face of an otter. This week Ian finds himself mixed up in the gritty world of underground boxing.
(Contains graphic sexual scenes)

9:00 MEMORIES OF HAM
A one hour documentary film about the history of sliced ham. Features interviews with Ronnie Barker, Gary Glitter and Ke$ha.

10:15 HORSE BASTARD -   FILM
Film about a man who thinks he can build a horse out of hummus but realises pretty early on that he can't so he decides to take up the flute and it turns out that he isn't really very good at that either.  Al Pacino!

12:05 - THE ONLY WAY IS HAVING SEX WITH DOGS
Repeat -  Reality series, week 12. Tomorrow is nomination night and Ivan the Bull mastiff makes another appearance. Have the remaining housemates got what it takes or has Tiffany finally had enough? 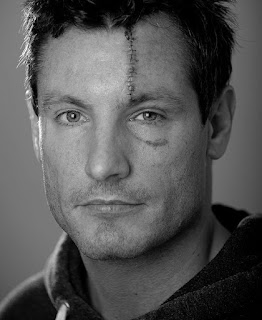 Gaffney delivers a gripping performance as the gritty character, Crouton, in Soup: The Musical