Today is Saint Valentine's Day, a day celebrated all over the world to honour the memory of seven mob associates who were brutally murdered in a 1929 massacre during a conflict between two powerful criminal gangs during the prohibition in Chicago. Why you lot think it's appropriate to mark this occasion by giving each other chocolate, flowers and sexy knickers remains a mystery to me. But now, thanks to the greedy consumer culture you've created for yourselves, Valentines Day has become just another smudge on the calendar, engineered to squeeze more money out of pockets. If you want to carry on knobbing your latest tart then you'd better pay out or be prepared to spend the rest of the year sitting in your bungalow and cracking one out whilst you watch Babestation through a veil of lonely tears. 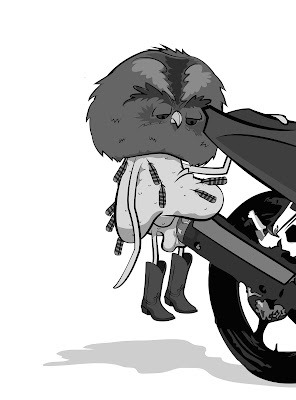 Being stuck in the middle of a recession, which keeps dipping more than an old lady with shit loads of biscuits and a massive cup of tea, means that it's harder than ever to make a romantic gesture that will impress your latest fancy woman enough to let you bum her. But fear not, because there are actually lots of things you can do on the cheap that are fun, romantic and thrifty.

You probably won't be surprised to learn that I'm a bit of a Casanova and don't exactly struggle to get people into bed. This time last year, for instance, I spent the evening getting off with Emma Bunton in a shed. My mate Sexy Chris says I'm talking out of my arse but Sexy Chris is a fucking idiot and couldn't get a girlfriend if he tried, especially since he got his penis stuck in the exhaust pipe of a Yamaha TX500 and it fell off. If I wanted Sexy Chris' opinion on something then I'd ask him what it's like to sputter urine out of a tiny little hole above his bollocks.
Here is my list.

Since Clunes moved to Dalston he's turned into a right trendy piece of work. On Thursdays he opens up his flat as a sort of pop-up restaurant called 'Chez Clunes' and charges people a fiver for a 3 course meal that he prepares himself using the Breville VST038 Sandwich Toaster that he keeps under his bed. The reviews aren't great. A few weeks ago a man died for instance. The food's pretty out there though. Last week he stole a bunch of shoes off a prostitute, covered them in pesto and served them in a canoe. Some people would describe Clunes as a culinary visionary who takes the concept of cuisine and hurls it into brave new realms, but most people would probably just describe him as a dangerous menace to society who should have his operation shut down by the Food Standards Agency before anyone else is killed.

We're living in austere times so why not spruce the place up and invite her back to yours? Clean all of the beer cans/corpses out of your front room and cover the floor in rose petals/nettles. Cook a nice meal. Champagne. What's more romantic than hearts and swans? Serve up a swan's heart for instance. Play some romantic music. Try not to sexually assault her. It ruins the vibe.

A good laugh. Why not go and eyeball up a bunch of weird looking buggers who've been locked up in prison? Good day out for a girl with a fucked up sense of humour.
N.B - I once had a palmful of shit lobbed in my face by a gibbon so watch out for the that one or you could end up looking like a right plum.

Fairly easy to organise if you're a human. Bit of a tricky one if you have four legs and everyone thinks you're a cunt though. I pulled it off a couple of years ago when I went on a date with a frog called Paul Fruit. We snuck onto a barge that was delivering a shipment of magnesium down the Thames. The views were amazing and it made for a great date. I brought a bottle of wine (empty and full of ants). At the end I ruined it by falling into the river and having sex with a eel.
Email ThisBlogThis!Share to TwitterShare to FacebookShare to Pinterest
Newer Post Older Post Home