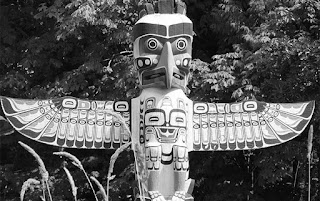 Totem pole shops around Britain are reporting a sharp decline in sales which has led some shopkeepers to consider making emergency redundancies and even contemplate closing their doors altogether.
The British Chamber of Totemic Industries revealed that totem pole sales figures for 2019 came to just 89,198, a 33% decrease for the year leaving experts wondering why consumers have suddenly stopped putting their hands in their pockets for the gigantic Native American pillars.
Rooney Foghat, whose factory in Chichester employs 165 people and exports totem poles all over the UK said: “Now I’ve got loads of them just sitting here that I can’t sell. I don’t know whether it’s just a blip or whether Britain’s once insatiable demand has finally dried up for good”

Melinda Carbuncle runs a small village totem pole shop in the Brecon Beacons and said: “We used to be very busy selling totem poles in here on a daily basis but it feels like everyone just woke up one day and decided they don’t want them anymore”
“I’ve got hundreds of giant redwood trunks out back that I’m waiting to carve the faces of owls and bears into but at the moment I don’t see the point until I’ve sold the ones that are already sitting on the shop floor”

Economist, Harriet Battersbox said: “For as long as most of us can remember totem pole sales have been the linchpin of the British economy but over the years, with less and less people worshipping hawks, the writing has very much been on the wall”
“With more and more people buying cheap totem poles online from countries like China I’m afraid this could be another hole that we see left in our dwindling high-street” she added.
Email ThisBlogThis!Share to TwitterShare to FacebookShare to Pinterest
DANA INTERNATIONAL SPACE
STATION 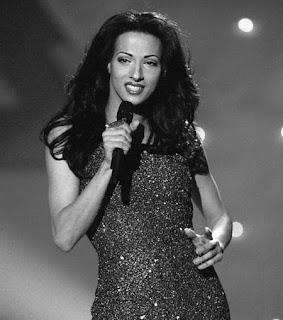 NASA have confirmed this week that due to a series of unlikely mistakes and crossed wires, Dana International, who won the Eurovision Song Contest for Israel in 1998 with her song ‘Diva’, is currently trapped aboard the International Space Station and nobody is quite sure how she ended up there.
In a press conference yesterday NASA spokesman, Daryl Shuttlecock said “On Monday we received a message from one of our senior engineers saying that the pop singer was found confused and disoriented in one of the docking modules by one of the Russian cosmonauts stationed on the vessel”

He went on explain how the glamorous singer, who transitioned from male to female in 1993, was taken to the galley and given a sachet of freeze-dried Neapolitan ice cream where she was calmed down by the crew and asked how she ended up 250 miles away from Tel Aviv aboard the orbital research facility.
“Ultimately we’ve no idea how she ended up there” said Mr Shuttlecock “but it appears to have been a series of mix-ups and misunderstandings that are so complicated you’d need to be some sort of rocket scientist to get your head around it”

“Our priority now is to get her back to Earth as soon as possible” he added.

The news comes just weeks after it was revelaved that TV presenter June Sarpong was accidentally placed aboard the Parker Solar Probe, which was launched in 2018 and is currently hurtling towards the sun at 430’000mph on a one way mission to collect valuable data from our nearest star, due to the misinterpretation of a series of emails. 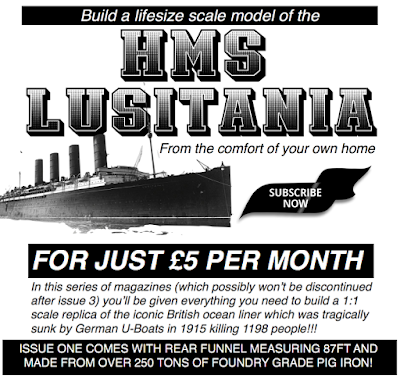 Gardener Wesley Bunting blows minds after spotting speedy snail which could be sliding into this year’s Guinness Book of Records. 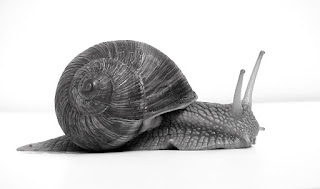 Mr Bunting, 72, has wowed malacologists after claiming to have found what must be, without doubt, the speediest snail in history whilst pottering about in his garden last week.
“I was filling my watering can up with the outside tap which is next to my back door” he told reporters. “As I did I noticed a snail on the wall of my house and remember admiring the lovely patterns on its shell”
“When the watering can was full I made my way to the top of the garden in order to give my prize winning begonias a well earned drink. When I got up there I couldn’t believe my eyes. The snail had obviously raced up the garden and was waiting for me on the edge of one of the plant pots. I almost fell over in shock”
Mr Bunting, from Macclesfield, went on to explain how he was so amazed that he needed a sit down so that he could do the maths.
“I worked out that my garden is about 50 metres long and I can walk it in about 30 seconds which means this snail must have slid down the wall and raced up the garden and overtaken me at an astonishing 1.6 metres per second or 3.7 miles per hour. Possibly even faster as I have no idea how long he’d been waiting for me”.
When asked if it could possibly have been two different snails Mr Bunting said “After about 45 minutes I wandered back down to the outside tap to check if the first snail was there, and it wasn’t which confirmed it without question for me”
Wesley went indoors and dialled 999 and asked to be put through to Norris McWhirter immediately.
“When I eventually got through to The Guinness Book of Records they also questioned whether there was any chance that there could have been more than one mollusc in my garden but after I explained just how similar they looked they took me at my word and that seemed to be good enough for them”.
Mr Buntings snail has blown the previous record holder out of the water and will be appearing in this year’s Record book published towards the end of the year.
“I’ve not seen him since” he added, before joking “he could be in France by now at that speed. If he is he’d better take care or he could end up as some seriously fast food”
Email ThisBlogThis!Share to TwitterShare to FacebookShare to Pinterest
CHRIS KAMARA - "I CAN LEVITATE A COUPLE OF INCHES OFF THE GROUND 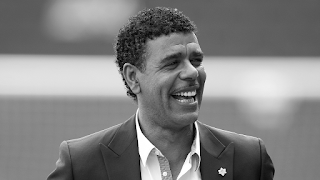 Ex footballer, Chris Kamara last night shocked fans by claiming that if he tries really hard he can actually hover a couple of inches off the ground for a few seconds.

The moustachioed pundit and football analyst made the spectacular claim via social media and explained how he’d always suspected that he may have the ability to float in midair but had never found  the time to practice.
“Since being in isolation due to the Covid19 quarantine I finally decided to give it a jolly good crack and was thrilled to discover that I could indeed defy gravity and suspend myself about 10 centimetres off the floor for about 3 or 4 seconds at a time” he said in a video to his 22 thousand followers.
He went on to explain that he performs the miraculous feat by scrunching his eyes closed, gripping his fists really tightly and muttering abominable incantations which temporarily make his body a conduit for ancient Sumerian gods who use his soul as a portal to pass into this dimension from their own in Neolithic Mesopotamia.
“It’s a great party piece and I’m really looking forward to wowing the lads with it down the pub…when they finally reopen” he said before bursting into flames.

Email ThisBlogThis!Share to TwitterShare to FacebookShare to Pinterest
LOCKDOWN
BY
FASHION
GLOVES