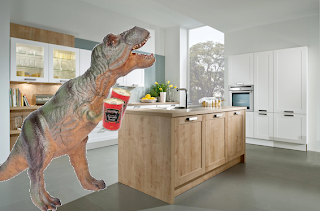 Buying a Christmas present for Mum is always a fucking ball ache we could do without. The old bag doesn't have any hobbies or interests so it's usually a quick trip to The Bodyshop to buy her a shitty scented candle and some mango-scented bum-scrub. Blow her socks off this year by getting her the new SOUP-ASAURAUS-REX, a six foot ceramic model of nature's most fearsome cretaceous carnivore that can hold up to two regular sized cans of soup.
No room in the kitchen cabinets? Not a problem with Soup-asaurus-Rex. Simply slot a couple of tins into the tiny porcelain forearms of the extinct reptile and it's job done. Mum won't know how she ever lived without this cumbersome kitchen thunder lizard.
order number - 7634584738957
£90.00 (Coming Soon: Beans-ceratops and Stegasaurus-Peas) 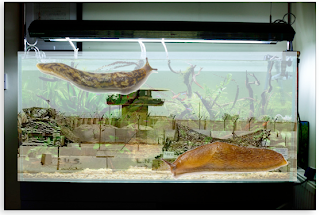 How many times have you looked around your front room only to realise that it doesn't feature a small-scale replica of Baghdad's infamous torture prison populated by slugs? Well worry no more with THE ABU GHRAIB SLUG TERRARIUM, an insect tank designed to hold up to 200 garden molluscs and painstakingly modelled to look identical to Saddam Hussein's Iraqi punishment dungeon.
FORGET ABOUT FISH TANKS! FORGET ABOUT THE TV! This exciting addition to your home will have the entire family gathered around the Perspex penitentiary watching with fascination as nature's slowest creepy-crawlies recreate exactly what it might look like if the Middles East's most terrifying penal colony was ever exclusively occupied by shell-less terrestrial gastropods.
There's no denying that slugs hold a dear place in all of our hearts, so make Christmas extra special this year with a gift that the entire family will enjoy for years to come.
order number - 6767456
£998.90 (Comes with 2 free slugs)

THE BEST OF DOGS WITH THEIR EARS PIERCED CHRISTMAS SPECIAL 2013 DVD (IN HD)
Christmas telly is getting worse every year (last year none of the channels showed Jurassic Park or Beethoven) and, subsequently, in this age of Smart TVs and internet accessibility, the family viewing experience seems to be dwindling before our very eyes. 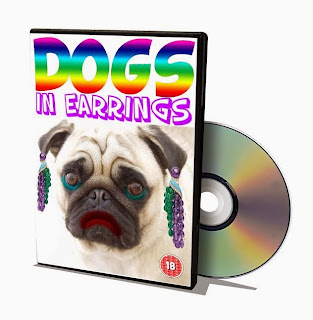 It's time to reclaim the the wonderful gift of familial joviality with THE BEST OF DOGS WITH THEIR EARS PIERCED 2013 DVD HD. Gather round and enjoy this 14 hour box-set featuring hundreds of dogs sitting motionless and staring at the camera with their ears pierced whilst adorned in a veritable medley of ear jewellery that will set your heart on fire. Shcnausers in studs, Poodles in hoops and Border Collies in those sort of clip on ones you get, they're on on show and backed by a soundtrack of Festive classics that'll make Christmas Day fly by in a magical haze of canine, aural bliss.
order number - 676
£12 (Rated 18 - (Scenes that some viewers might find shockingly inappropriate) 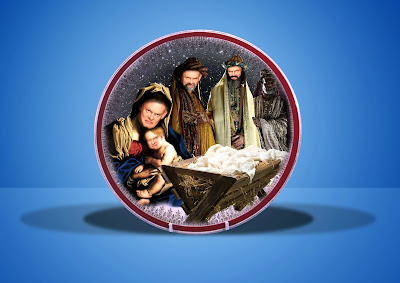 Celebrate the birth of Christ the way he would have wanted with this magnificent collectible plate featuring a re-imagining of that magical night in Bethlehem as seen through the eyes of Martin Clunes.
This 100% china (polyester) plate will deliver hours of festive cheer as the entire family gathers around the mantle piece in awe to witness what the birth of our lord and saviour might have looked like if the entire cast of the nativity were played by the jug eared star of Men Behaving Badly.
Don't risk ruining your Christmas and order this yuletide memento TODAY!
order number - 45345
£49.99 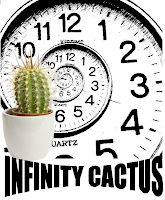 Do you and your family want to live forever? Well now you can with the The Colin Hong Immortality Cactus. Cultivated in a remote part of Sri Lanka, this spiny houseplant will keep you and your family alive for the rest of time providing that you remain within a 100 metre radius of the 'infinity field' which it emits from its 'special needles' 24 hours a day.
No one likes dying so snap up this horticultural coffin dodging phenomenon NOW!
It's green fingers or blue fingers - YOU DEDICE!
*YULETIDE OFFER - If you're not completely immortal within 30 days then we'll give you ALMOST half your money back.
order number - 3423543456
£4.29
*Offer ends December 12th. May not work on dogs, the terminally ill,the elderly, Miley Cyrus and Firefighters

ALL ABOARD THE GARLIC BUS! 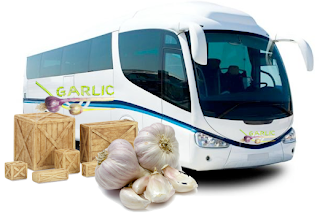 THINGS! We've all got too many of them, cluttering up our bungalows like a bunch of three dimensional arseholes. This year why not give someone you love the experience of a lifetime by sending them around the British Isles on the country's 'second favourite' garlic-themed coach service?
They'll visit Didcot, Chichester and Macclesfield on this two week adventure whilst being surrounded by crates and boxes containing hundreds of bulbs of garlic, the onion's pungent cousin.
The trip also includes a daily quiz about Italy's premier bread embellishment as well as an ironic trip to the Northhampton Vampire Museum.
If you know someone who loves garlic as much as they enjoy long coach journeys on Britain's exciting motorway system then they'll be over the moon with this thrilling two week vacation.
order number - 0879
£2990 (all inclusive) 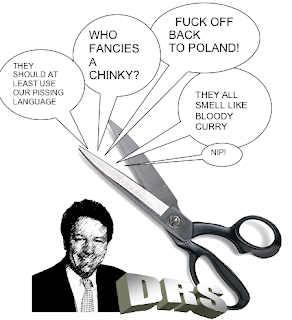 DAVIDSON'S RACIST SCISSORS
Cutting things with scissors can be very tedious. It's the same old sound we've heard time and time again. 'Snip, snip, snip, snip, snip'. Change the bloody record why don't you?
Not a problem with Davidson's Racist Scissors, the hand operated shearing implement that delivers various cries of racial hatred with every incision.
No ethnicity is safe from the mindless ignorance spouted out by these lightweight alloy bastards, available in a range of colours and varying degrees of right wing political small-mindedness from 'slightly ill-informed' to our brand new 'Waffen SS' range which will fill your room with terrifying howls of discrimination with very "snip".
order number - 08666
£6.66 (Now available - Left handed homophobic secateurs)

DATE RAPE - THE BOARD GAME 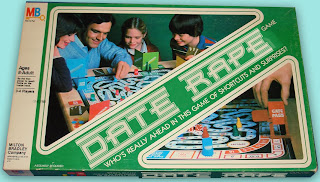 Get your hands on Date Rape, the rohyphnol based board game that will have the entire family scratching their heads and asking "Who dunnit?".
order number - 6708000
£35.99 (illegal in more than 200 countries worldwide) 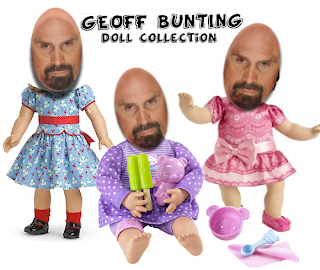 Your daughter will be captivated by the Geoff Bunting Doll Collection, a series of 53, beautifully hand crafted dolls featuring the face of a scaffolder from Croydon called Geoff Bunting.
Geoff is currently awaiting sentencing after is was discovered that he fly-tipped almost three tons of plasterboard and rubble into an RSPB nature reserve last November. Each of his dresses are interchangeable and are made from exquisite, high-quality fabrics  Geoff is already on parole after a violent incident involving a dog in the Lewisham branch of Wetherspoons and could now be facing a ten stretch in the big house.
All Geoff Bunting Dolls come with exciting and unique accessories  including lollipops, teddy bears and even a potty that makes toilet training Geoff a piece of piss.
Geoff beats his wife.
order number - 64357
£25.03 (Per Geoff
Email ThisBlogThis!Share to TwitterShare to FacebookShare to Pinterest
Newer Posts Older Posts Home
Subscribe to: Posts (Atom)