HOW TO MAKE FRIENDS
WITH A HORSE 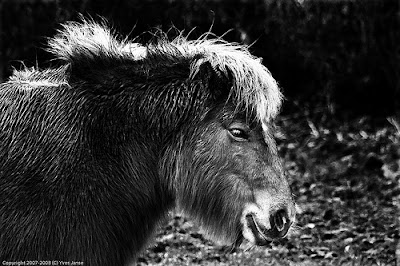 
ON PIGS
Punching a pig's lights out and giving it a daft tattoo is surely one of the nation's favourite past-times. Here are some of the best ones I've done over the past couple of weeks. 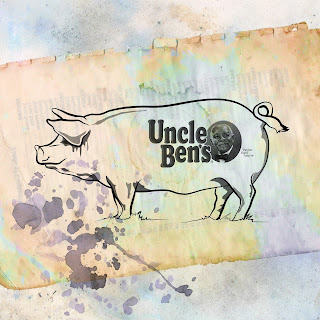 1 - Uncle Ben's
I did the Uncle Ben's Rice logo on a pig I know called Sad Adam. He got so angry that he had a heart attack and all his teeth fell out. 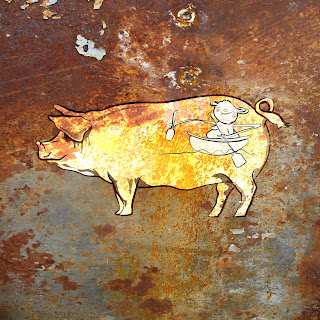 2 - A Bear in a rowing boat
I did this one left handed and as you can see I made a right pig's ear of it if you'll excuse the pun. It's surely one of the shittest tattoos of all time. I'm as proud as punch with this one. 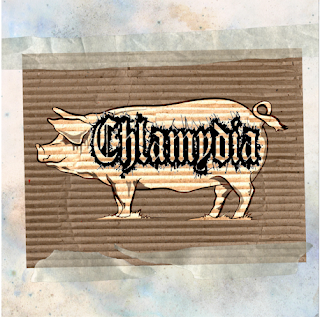 3 - Chlamydia
I've done this one in a sort of gang font. It would probably be pretty cool if it didn't say 'chlamydia'. Not my problem. 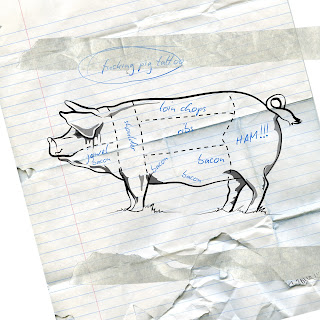 Haha. I met this guy on a farm and he was fucking terrified of getting the chop. He kept crying and saying that he needed more time. I punched his lights out and tattooed these instructions for the butcher. I never found out if he found it funny. 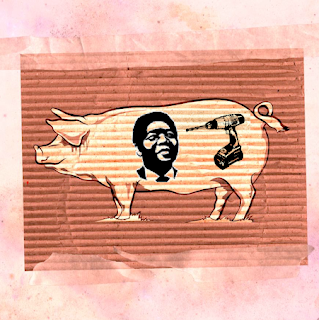 5 - Mandelladrill
Sort of freestyled this one a bit. It's quite an arty little customer. As you can see it's a picture of Nelson Mandella smiling at a Bosch GSB36v-Li-ION cordless drill. All the kids are going to want one of these I reckon.

This one actually made an appearance in 'Skin Deep' magazine issue 114.

If you’ve tattooed a pig and would like to submit a picture then please email it to martinclunes@live.com and you could be in with a chance of winning a t shirt!! The best entries will be posted here next week.
Email ThisBlogThis!Share to TwitterShare to FacebookShare to Pinterest
Newer Posts Older Posts Home
Subscribe to: Posts (Atom)