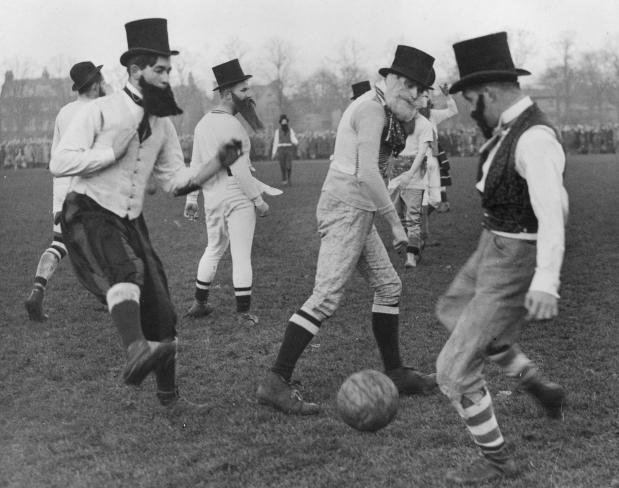 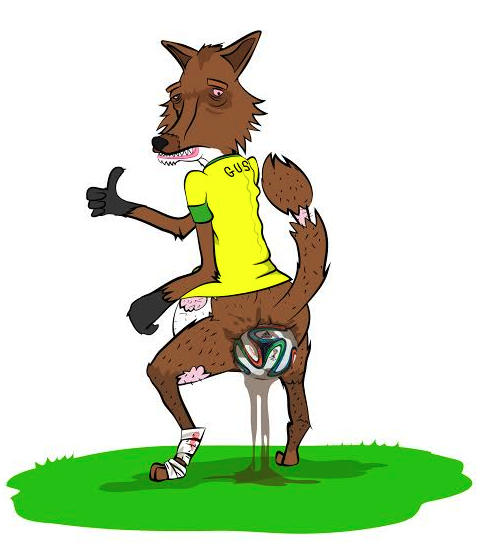 THE
WORLD CUP
GUIDE
With Gus
Got to go to the pub with all your mates tonight but know fuck all about football? Not a problem with this blagger's guide that'll have you yabbering away like a young Bruce Grobbelaar before you know it.

WHERE'S IT BEING DONE THEN?
Brazil. Brazil is the only country that shares its name with a type of nut and a type of pubes.
Brazil is also famous for prostitution, gang banging, extortion, street violence and Big Jesus.

DOES GARY LINEKER STILL PLAY FOR ENGLAND?
No. Not often

WHAT IS A FOOTBALLS?
It's a game where two teams have to drive the soccer into each other's wickets to collect score points. You can collect yellows by falling over and pretending you've been shot in the legs by a sniper. At half time you can trade in your yellows for more score points. The team that converts the most soccers into goals wins the big game and gets to have sex with a big cup.

WHO IS THE MASCOT THIS YEAR?
The mascot this year is 'WEETABIX: THE BEACH VAMPIRE'. You'll see him on all the merchandise from t-shirts to fridge magnets. At half time Weetabix walks up the touchline and throws boiled ham into the crowd. Weetabix has already been voted the most sinister mascot to ever appear at a professional football tournament. WHAT SHOULD I SHOUT AT THE TV IF WE SCORE?


WHAT SHOULD I SHOUT AT THE TV IF THEY SCORE?
WHAT'S THE OFFSIDE?

The offside is a thing that everyone hates. Gazza once said that he "hates the offside more than wasps and aids" when he was on Match Of The Day. It's very complicated but this pretty much explains it ... 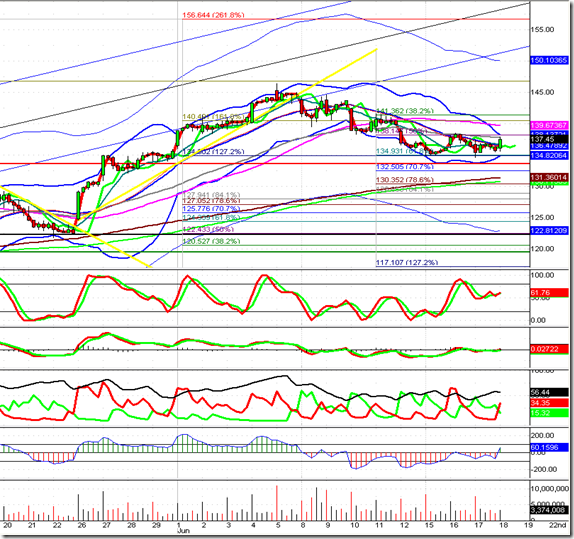 Which players should I keep my eye on?

What shall I wear?
Keep it formal. No one likes a sloppy cunt when you're trying to watch the footy. Avoid sports wear and too much make-up. Consider hiring a tux or some wedding attire. Covering yourself in Panini football stickers and Alpen is considered strange behaviour so try and avoid doing it if at all possible. It's customary to turn up at the pub wearing football boots so a trip to Sports Direct is vital if you don't want to end up looking like a mong.

Who will win?
Usually the only winner is football itself. Or Germany