2012-2013
Adam Price (a moth) was born in a caravan (in the cupboard bit that contained the boiler) in about June of 2012.
As a youngster Adam would spend his days flying around Bury St Edmunds eating sap, bird droppings, dung, pollen, rotting fruit and generally getting up to all sorts of mischief like any normal boy/moth.
By about October he had developed a passion for flight.  He loved to fly. He adored looking down on the towns and cities at night and said that the sensation "gave him the most intoxicating rush". Sometimes he'd fly straight up into the sky, as high as possible, beating his little wings as hard as he could as he went higher and higher. On one occassion he flew so high that he passed out and woke up on top of a lorry in a motorway service station just off the M11.
Adam also had a passion for motorbikes. He'd spend hours sitting in his caravan producing technical drawings and designing tiny little super bikes which he'd send off (first class) to his favourite manufacturers like Yamaha, Kawasaki and Suzuki. Often his designs wouldn't go into production and occasionally he wouldn't even get a reply, but Adam didn't care that much because he was a moth and they don't really have feelings.
On February 15th 2013, whilst flapping around near a shed,  Adam was eaten by a Perigrine Falcon and died.
Adam is survived by his sister Beryl Pelvis.
May God have mercy on his soul. 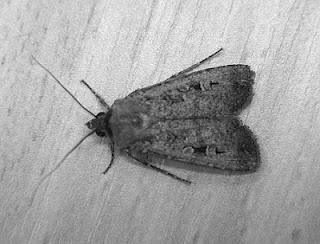 Happier Times: A picture of Adam Price at a wedding in about September 2012
Email ThisBlogThis!Share to TwitterShare to FacebookShare to Pinterest
Newer Post Older Post Home