THE
CHRISTMAS
TV GUIDE
10:00am A MAN CALLED PIG EYES (FILM) - C4
A magical animated adventure about a man who lives in a bus shelter and wakes up on Christmas Day to discover that he has the eyes of a pig. Nominated for the 1989 'Academy Award for Traumatic Yuletide Children's Films'. Music by Rick Astley.

10:30am FORDHAM'S KITCHEN - ITV2
Join professional darts player Andy "The Viking" Fordham for this festive edition of his weekly cookery show. This week Andy is cooking a Christmas Dinner for one in his caravan on the Isle of Sheppey armed with only a tin of gammon, a parsnip, some supernoodles and a can of Branston Beans. (Contains very strong language and lots of crying)

11:15:am THE QUEEN'S LEECH - BBC1
In a bid to boost ratings, this year, Her Royal Highness will attempt to deliver her roundup of the year whilst undergoing various medieval medical practices including leeches, blood letting and trepanning. Press the red button, bet how far you think she'll get and you and your family could win a trip to Centre Parcs.

11:30am THE ANNUAL HOOF ROUNDUP - BBC1
Konnie Huq takes a look back over the most impressive hooves of 2014.

1:30pm  WORLD'S DUMBEST SANTAS CAUGHT ON TAPE- CH5
A comedic look at the most half-witted Father Christmas impersonators caught on police dispatch cameras. This episode features a cumbersome Kriss Kringle who's forgotten where he's parked his van, a silly Santa who's had far too much to drink and a naughty St Nick who robs a petrol station at gunpoint before leading the police on a thrilling car chase that results in a fatal accident involving a family of five.

3:00pm  THE ALTERNATIVE CHRISTMAS MESSAGE - C4
This year the alternative Christmas message comes from wacky Palestinian Muslim Cleric, Abu Quatada, live from his prison cell in Jordan following his recent extradition from the UK. It'll be gags aplenty as he propagates the killing of women and children and unleashes a veritable medley of pro al-Qaeda dogma whilst pulling crackers and wearing a funny hat.

5:45pm  WHAT IF I WAS BLIND? CHRISTMAS SPECIAL - CH5
A yuletide version of the talking head show where celebrities try and imagine what it might be like if they'd been born with little or no sight. In this episode Paul Ross describes how much he thinks he might struggle in a supermarket and Kate Silverton attempts to get into the mindset of a blind person who has to nurture a greenhouse full of herbs.

7:00pm  THE NEWS - BBC1
In tonight's episode Peter Sissons talks about some of the things that have happened in the world over the past few hours.
(Includes very strong language and scenes of graphic nudity from Sissons and his weatherman)

7:45pm  A BRIEF HISTORY OF SPROUTS - BBC4
BBC4 take us into the small hours with this mesmerising eight hour documentary film about Brussels Sprouts. From their inception in the 13th century right through to their comical love/hate appeal in the modern day, this captivating and eye opening televisual adventure about the tiny cabbages will have the entire family on the edge of their seats pissing blood out of shear fascination and wonderment. Did you know, for instance that a single stalk of the  festive vegetable can hold as many as fifteen sprouts? Fuck me. 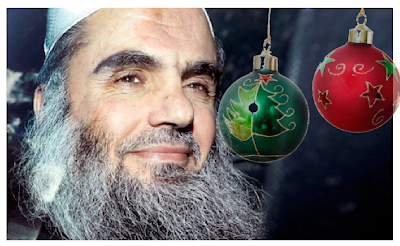