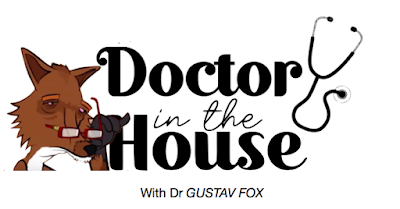 I cut my finger the other day and realised I’ve
got a robotic hand. Should I be worried?
Ken Pelmet, 35

Hi Ken
Although this is quite uncommon there’s no need to panic in the short term. If you don’t remember being given a robotic hand then it might be worth going to get it checked out. It could be the case that you are in fact a cybernetic organism sent back in time from the future for some reason and have simply forgotten. Ask yourself, ‘have I got infrared vision?’ and ‘can I pick up a large truck with one arm?’. If you’re not sure and still worried then it’s probably time to book in an appointment with your GP.

My local GP is a very attractive young woman but I’m scared to go and speak to her about my problem. I’ve got quite an angry looking fungal infection on my penis that’s beginning to stink. I’m worried that when I get my boy out she’ll get turned on and make a move. I’ve been married for 55 years and I don’t want anything to get in the way of that.
Lawrence Flask, 77

Hi Lawrence
Although it’s very unlikely that your doctor would ever act on her impulses it is always sensible to remain vigilant. In all surgeries you should be allowed to request a chaperone to be in the room during your appointment. But be sure to ask for a male member of staff just to gurentee that the entire thing doesn’t collapse into a steamy three way sex party.

I work in a pork pie factory and I’ve just lost my arm in the blender. The lads are trying to patch me up but I don’t want to look like a fanny.
Should I get it checked out and will it grow back?
Guy Coggles, 48

Hi Guy
Ouch, that sounds nasty. With any flesh wound that can’t be covered by a standard plaster, it’s always best to get it checked out. I would say that it’s very important that you allow your colleagues to bandage you up other wise you’ll bleed to death in a matter of minutes.


I’m not sure whether it will grow back or not but I think you should brace yourself for the chance that it might not.