MY GUIDE TO EATING OUT IN LONDON


I’m not much of a cook to be honest. The other day I sucked Bisto out of a prostitute’s wig. That was my dinner. You’re hardly going to see it on one of Jamie Oliver’s menus any time soon (though you might find it on one of Heston’s I suppose), which is why I usually go out and leave it to the professionals. Here is my guide to eating out in London. Bon appetit.

The Canal
If you enjoy trying different things then pop down to your local canal. Canals are like a street market, thriving with a plethora of different tastes from all over the place. I go to my local one on an almost daily basis. Yesterday I was eating a swan covered in Castrol GTX that I found in a knackered old suitcase and this evening I was slurping beans out of a tramp’s Reebok classic under a bridge. The whole place is like a massive tapas bar full of rubbish and filthy water (like a tapas bar in Magaluf really). Incidentally, if you’ve never killed, plucked and then eaten a heron you’re missing out. Try it now. Delicious.
8/10

Jamie’s Italian, Angel
Obviously don’t go into the actual restaurant bit because it will cost you an arm and a leg (an arm and a leg is something you can occasionally find in the canal if you’re lucky though – see above). If you scramble over the bit of corrugated fence next to the bins then you’ll find yourself in a bit of disused wasteland containing a fucked-up old Vauxhall Astra. If you like good food then this banged out old motor has it all. For starters there are loads of bees in the exhaust pipe. I probably don’t need to tell you how tasty bees are when you’re sucking them out of a car’s tail pipe, Crispy, smokey and a little bit spicy. Very moreish.
For your main course there’s a bag of rancid ham on the back seat. It’s been there for a few days and it’s great stuff. The other day me and my mate Violent Clive had a bit and I don’t know what was wrong with it but it made us both go bonkers. Violent Clive ate his own legs and I crawled under a bus and travelled through time. We ended up staying awake for about 80 consecutive hours. I was pretty convinced that my heart was going to explode. Amazing.
And if you’re anything at all like me then you’ll usually be happy chewing slugs out of your own fur for dessert. All in all a pretty great night out. Bring the missus. Treat her.
9/10

St James’ Park at Night
As most of us are aware, David Cameron prowls the area around Whitehall by night and feasts on the flesh and souls of London’s wildlife. So not the safest place to be, but if you enjoy a bit of jeopardy with your food then you can do a lot worse than St James’ Park at around 4 or 5 am.
Cameron usually hunts in the nude between the hours of 3 and 4 am. He moves around the parks and alleys on his belly (sort of like a python) and catches his prey by firing a web-like substance from his mouth. The whole nasty business is almost as terrifying to behold as it is to become victim of which is why I’d advise not arriving too early. Often Cameron will ‘over-hunt’, so usually if you turn up shortly after his killing spree there is a pretty decent spread on offer, and one which any true Londoner should encounter.
If you’re lucky you’ll be treated to one of the pelicans which are left in the park as an avian sacrifice. The bird will be coated in Cameron’s web-goo which compliments the tender flesh of the bird like a makeshift batter. Salty and quite bitter, it certainly is an acquired taste, but one certainly worth experiencing for the adventurous diner.
7/10 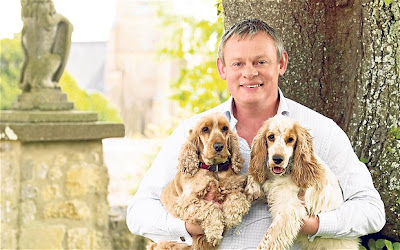 Martin Clunes' bin
Martin Clunes lives in flat with ex-Spice Girl Emma Bunton in a rough part of Dalston. This is pretty much common knowledge. What isn’t common knowledge is the culinary jamboree usually on offer inside Clunes’ wheelie bin. Hammered rats, scorched dogs, ducks turned inside out and moth kebabs are just a few of the fucked up dishes often on offer in Clunes' bin.
When it comes to butchering animals Clunes is an artist and a visionary (and perhaps slightly bordering on the psychopathic). If I had a pound for every time he’s tried to feed me broken glass or shoot me with his harpoon gun I’d be a very rich fox.  The fact is, is that Clunes gets a great deal of pleasure out of killing, torturing and mutilating the wildlife in London. Why? I don’t know. All I know is that his ‘objects d’art’ are a taste sensation. Have you ever eaten a terrapin that’s been force-fed a roman candle? No? Well you should because it really is the stuff of dreams. Get down there as soon as possible and enjoy this unique taste sensation before Martin Clunes gets banged up in prison again.
10/10