A FEW FILM IDEAS :
IDEAS I'VE HAD THAT I THINK WOULD PRETTY MUCH RAKE IT IN AT THE OLD BOX OFFICE.
...FILM IDEAS BASICALLY

TIME WOLF (15)
I've had this idea for a film where I play a wolf that can travel through time solving crimes. Think Doctor Who meets Lewis/Morse (meets a wolf).
I'd basically fly through time, a complete law unto myself, and duff up criminals like a right proper maverick.


I could have a sidekick played by someone like Konnie Huq or perhaps even the fat one from Little Mix.
I wear a bomber jacket for most of the film.
At the end I do this thing where I spark up a cigarette and say something like "Time for dinner" before walking off up the canal.
The main baddie should be played by Felicity Kendal. That's pretty much a deal breaker.

CLUNES IN SPACE (18 - Because of the bit where he's wanking)

In this film, Martin Clunes (played by Alan Rickman) is an astronaut who gets lost in space. He lands on an unknown planet and wanders about trying to find civilisation. After a couple of days he hasn't found anything apart from a bunch of rocks and he dies.


There's no talking in this film and it's shot in real time.
It's also in black and white.
Quite an arty little customer this one.


DENNIS THE BIN NINJA (18)
Haven't really sorted out the nitty gritty in regards to the plot of this one, but thought it might be nice if there was a scene where someone kicked a dog into the side of a greenhouse and cut it's throat open.


THE FROG CHAMP  (12)
A gripping thriller in which a frog (called Adam Varnish) gets trapped in a knackered old bath and struggles to climb out. Very CGI heavy.


Soundtrack by Enya.
Ideally I'd like this to be the most expensive film ever made.

HARD BOILED MURDER (18)
Sort of cashing in on the whole 'Saw' franchise, a man (Pierce Brosnan) goes around killing people with eggs (not sure how/why. I suppose in one scene he could feed someone fucking loads and loads of the buggers). The film will be very gritty. There's a bit about racism in it and even a scene where you see a couple of bent fellas going at it hammer and tongs.

SISSONS (PG)
A feature length documentary about the life of the news reader Peter Sissons narrated by my mate Keith Rice (a grumpy badger).

Think 'Senna' (but about Peter Sissons instead of Ayrton Senna) 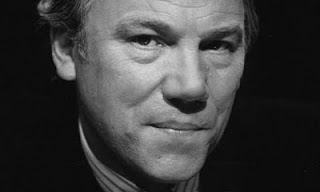