It's no secret that, when it comes to animals, you lot are a right bunch of pricks. Humans have been smashing up animals since records began, and even before that you were probably lobbing rocks at mammoths just for a bit of a laugh.
Now don't get me wrong, often the fucked up stuff you lot come up with sounds brilliant in theory. Cock throwing for instance, also known as cock-shying or throwing at cocks, was a blood sport widely practised in England until the late 18th century. A rooster was tied to a post, and people took turns throwing coksteles (special weighted sticks) at the bird until it died. Brilliant. Me and my mate Double Denim David did a very similar thing just this morning (We used an exhaust pipe from a Kawasaki SFV650 motorbike). The fact that you do all this mental shit isn't really the problem. It's your schizophrenic attitude that makes the entire thing so creepy. It's like you can't make your minds up weather you want to lavish God's creatures with affection or tear their heads off and shit down their necks. You act like a bunch of special needs kids who'll cuddle a cat for hours and hours and then glass it in the face and wander away with a cold, robotic and emotionless stare.


Take horses for instance. Despite the fact that you've been eating them for the past 10 years, you hold them in such high esteem that they've been immortalised in paintings and sculptures all over the world. None of you can afford to get onto the property ladder and you'll make do with living in tiny cramped conditions whilst horses live in a vast, 20 acre fields with their own little wooden house. Just because they look like royalty doesn't necessarily mean they need to be treated as such.


But for one day of the year you say 'FUCK HORSES!' and you climb onto their backs, thrash them with a stick and force them to run around an obstacle course that's so difficult that at least one of them will actually die. You'll usually justify it by saying that "they they like it" or "it's what they're bred for" and then you'll turn a blind eye every time the 'special fence' comes out and the poor bastard gets shot in the face and sent to the Findus Beef Lasagne factory.


I don't want you thinking for a second that I give a shit about horses and their well being because I don't. I find them tedious and irritating if anything. I used to know a horse called Craig Warren and he was a right fucking prat. He used to spend hours and hours reciting quotes from The Simpsons for absolutely no reason at all and the way that he trotted made him look like a paedophile. I really hated Craig Warren.
The point is is that I can empathise with anyone who's on the receiving end of man's hypocritical relationship with animals. Every time someone sees a fox they'll usually get excited and take a photo. People will plaster images of foxes on calendars, clothing and adverts one minute and then they'll put on a little red jacket and chase us about with a little trumpet until they can bum us up against a tree (this actually happened to my mate Keith Lister).
Well I think it's about time that the tables were turned which is why I've written this list of 5 sports which are inspired by the exploitation of humans for a change. Let's set a date for it. Let's say on August 15th every year we do these. After thousands of years of your nonsense I think it's only fair. Don't be a bunch of cunts about it.


This would basically consist of animals trying to 'crawl inside' humans against the clock. Deciding which orifice to go for would depend on the 'athlete'. I suppose you could have similar weight categories as boxing. Featherweight - mice, small birds, frogs. Lightweight - eels, swans, chimps and dogs etc. And then Heavyweight would be things like dolphins and livestock. Aesthetically it would be performed under very similar conditions as a game of snooker.

2 - Snaps / Boning
A human is tethered to a tree whilst animals take it in turns to try and snap their bones using whatever they like (legs, jaws, hammers etc). Different bones are worth different points. This is more of a playground style game like conkers. It would mainly be played for fun / by youngsters.

3 - Human Training
Humans have spent years making dogs walk on their hind legs and elephants jump through hoops. More often than not the training of animals has also involved a bear wearing a fez for some reason. Well this is very much a role reversal. Humans are forced to perform tasks that animals find a piece of piss for a change. This might involve building nests, digging warrens and breathing underwater. Every time the human fucks it up they're thrashed within an inch of their life.

4 - Real Bull Fighting
A bit like the your version except in this one you're not allowed loads of fucking swords and you have to dress up like even more of a bell end if such a thing is even possible.

5 - Japanese Wailing
Don't care what the rules are for this really. It'd basically just consist of the torture and execution of Japanese fishermen in some kind of amphitheatre full of whales and dolphins (and eels?) if such a thing is possible. 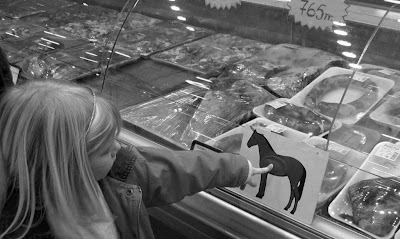