some thoughts about that 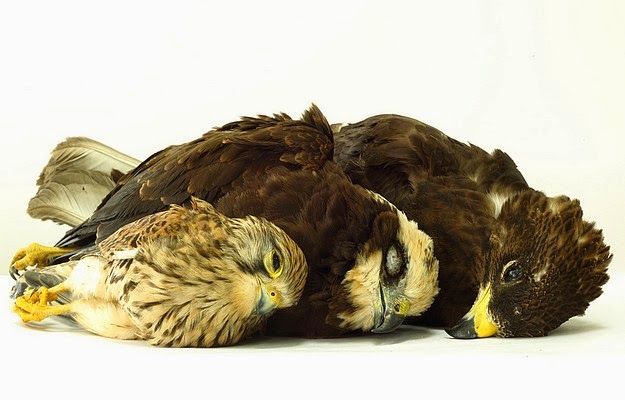 Look around at this time of year and you'll notice that the celebration of new life and new beginnings is one of the more common themes as we approach Easter. From the supermarket shelves in the city to the countryside fields, the optimism of birth is omnipresent in the form of bunnies, chicks, lambs, snakes and earwigs.
However, because you lot, as a race, are a walking contradiction, this time of the year is also treated as an excuse to throw a festival of death and carnage as you waltz around the place battering seal pups with spiked clubs and blasting tiny birds out of the air with shotguns. In Britain it's a time of the year when you mount your noble steeds and send them around a punishing gauntlet of doom in the form of the Grand National and in the USA thousands of retarded hillbillies stride into the woods to bravely murder wild turkeys, nature's stupidest and least threatening animal.
On a separate note, I've never really understood why those of you who don't feel the need to satiate  your blood lust will happily sit at home and tuck into chocolate effigies of the animals whose lives you're purporting to be celebrating. I can think of loads of reasons why it would be inappropriate to eat a chocolate statue of Nelson Mandela on his birthday so why on earth do you think it's alright to do the same with rabbits and chickens? Speaking of which, why do you use animals as mascots for the products which contain their own flesh and blood? If you asked any intensively farmed chicken if it would be happy to pose with two feathery thumbs up for the company logo of Perfect Fried Gristle after it'd just spent several miserable months in an avian-battery-farm hell, plucking it's own feathers out with the nub of a beak it has left after having it removed with red hot secateurs, it would probably tell you to fuck right off. I doubt the Laughing Cow would be laughing that hard considering she's just spent years being kept unnaturally pregnant, her swollen and bleeding, genetically modified udders scraping across the cold concrete floor every time she's ushered into a shed to give birth and watch her newborn calf slide down a shoot into a set of giant mechanical gnashing jaws and subsequently turned into veal cordial before her very eyes. If she's laughing after that would then it would indicate a severe case of mad cow disease.
Anyway, where was I? Oh yeah, killing stuff for a laugh. So in Canada at the moment valiant cunts are waking up, putting their waterproof boots and hats on, picking up the baseball bat that they've heroically hammered  nails into and then they'll kiss their thick wife on the cheek and fearlessly march out onto the ice to pummel baby seals to death until the snow runs red with blood. Baby seals are ridiculous looking, there's no denying that. They look like puppies that have been redesigned by a committee of 6 year old girls, hormonal women and particularly lucid unicorns. Even so, they probably don't deserve that shit. I would have thought that once you've daringly caved in one baby seal's head you'd probably feel like a bit of cunt and then have to go home for a bath and a long hard think about your life.
Anyway, seal clubbing gets a lot of press and causes controversy because people think they're cute. Looking adorable is the best defense against you monsters. If we, as foxes, didn't stink like a tramp's ball bags and we all looked like some kind of Walt Disney idea of perfection then there'd probably be less of you fuckers chasing us around the countryside with little trumpets and trying to knacker us with a pack of dogs. Fickle.
The reason I write this though is to help out a mate, and not an animal one. Cwis Packham's got a bee in his bonnet about the annual slaughter of migrant birds in Malta, and even though a chaffinch called me a fat cunt the other day, I agreed to help his cause. Packham's flying out to Malta to confront the 10 000 hunters who descend on the island to intrepidly blast tiny little birds out of the sky for absolutely no reason. Most of these birds aren't any bigger than a carton of Um Bongo so eating one would be about as much fun as tucking into a box of drawing pins. He's documenting his quest on a nightly YouTube feed via his website and he'll be confronting these trigger happy kebab munchers and attempting to make them see some sort of sense. If that doesn't work then at least he'll be raising awareness of the issue to people who haven't got the IQ of a toilet brush.
Hopefully he won't get shot because he owes me £5 and that'd be just my bloody luck.
Here are some words from Cwis...

For many years I have lobbied the UK's bird charities to campaign to raise awareness about the slaughter of migrant birds on Malta. I have equally tried to stimulate television programme makers to cover the issue - both without success - a sad reflection of our complacent and risk adverse times.
Well, I've finally run out of patience and together with three colleagues and the support of Birdlife Malta this spring I will be making a nightly video diary of the days events on the island which will be posted on . . .

Our mission is to generate a wider awareness of this heinous practice with frank and factual reports from the frontline where our much loved migrant birds are being shot in huge numbers. It will not be pretty, the species killed include many UK favourites and rarities and the hunters are infamous for being confrontational and violent. I don’t care, this is not a holiday, it's an attempt to bring this forgotten issue to a wider public attention and then to offer a couple of ways the viewers can actually do something to effect positive change.
Please try to watch our broadcasts and please publicise them as widely as possible. I believe that people will be truly horrified when they see what happens on Malta to 'our birds', I believe they care and they will do something to change it.
Malta lies 100 kilometres south of Sicily and is a popular destination for sun-seeking British holiday-makers and is steeped in interesting cultural and natural history. It also lies on theCentral Mediterranean Flyway one of three migration superhighways between Europe and Africa. Millions of birds migrate along this route every year and the Maltese Islands are an important resting place for birds making the long flight across the Mediterranean - the final barrier before they reach mainland Europe.

On 12th April, in Malta, over 10,500 hunters armed with shotguns and occupying large areas of public countryside will begin one of Europe’s most shameful legalised slaughters of threatened birds at the very time of year when they are making their way north from Africa on their return migration to their breeding grounds throughout Europe. This is the start of a three-week hunting season during which countless thousands of migrating birds, many of them rare and protected species, will be indiscriminately killed for sport thanks to Malta continuing to undermine EU wildlife directives by being the only country in the EU to open a recreational hunting season in spring.
Weeks before the arrival of Barn Swallows signals the start of summer they can be seen in the Maltese Islands along with nearly 100 other species. Unfortunately this spring about 10,500 hunters, that’s about 80 per square kilometre making it the highest density of hunters anywhere in the world, are waiting for them. In 2013 at least 24 species of protected birds were illegally shot including Cuckoos, Marsh and Pallid Harriers, Kestrels, Ospreys, Purple and Grey Herons, Bee-eaters, Golden Orioles and . . . Barn Swallows - those very birds that should herald the arrival of our summer.
Unfortunately, Malta’s notorious reputation as one of Europe’s worst black spots for illegal and unsustainable bird killing is not undeserved. Since the 1960s, Malta has lost at least three previously breeding bird species as a direct result of persecution by hunters - including the Peregrine Falcon (famously known as the Maltese Falcon).
Today, the spring hunting season in Malta is one of the most controversial bird conservation issues in Europe. Ostensibly, only two species - Turtle Dove and Quail - may be shot during this spring hunting season, but in reality many more are targeted under the cover of the legal season. Rare species are killed and stuffed for illegal Victorian-style private collections, undermining European conservation efforts, while many more common migrants are just used for target practice with their killers not even bothering to confirm their kills or collect the bird they have just shot. Turtle Doves and Quail are themselves vulnerable and declining in Europe, with the Turtle Dove - one of Europe’s most iconic birds, its appearance and sound synonymous with the summer- on the verge of extinction as a breeding bird in several European countries, including the UK.
Every spring BirdLife Malta volunteers take injured birds illegally shot during the spring hunting season to a vet in the hope that their injuries are not too severe and they can be treated and released, but only a relatively small number survive.
While the large majority of Maltese people oppose spring hunting and want to see migrating birds properly protected, successive Maltese governments have failed to bring illegal bird killing under control and refused to stop unsustainable hunting in spring. And since a ruling by the European Court of Justice in 2009 found Malta guilty of violating the EU Birds Directive by allowing spring hunting in 2004-2007, the European Commission appears to have lost the will to take further action to stop Malta’s abuse of the Birds Directive.
Stopping spring hunting would be a huge step towards making Malta safe for Europe’s migrating birds and would even help the chances of birds which try to breed on the islands. There is new hope amongst Maltese and European conservationists that this might be the last year Malta opens a spring hunting season. A petition presented to Malta’s Electoral Commission last week and signed by more than 44,000 Maltese voters, calls for a public referendum to stop spring hunting in Malta and could finally put an end to decades of abuse by removing the taking the decision away from politicians putting in directly in the hands of the Maltese people.