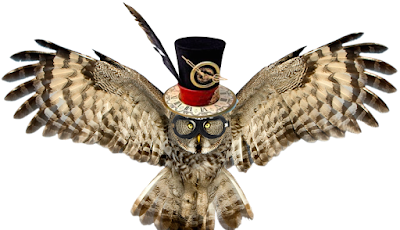 A GUIDE
TO 2016
WITH
JONTY PANPIPES
THE TIME TRAVELLING OWL

JANUARY 12TH
The Duke and Duchess of Cambridge are arrested and charged with the neglect of their children, Prince George and Princess Charlotte. During the high profile case at Crown Court, Detective Superintendent Des Flume describes the royal's living conditions as "one of the worst domestic environments I've ever seen".
Their flat is classified as a 'biohazard grade 9' and is condemned for demolition.
The Honorable Mr Justice Wicksteed summarises the case by describing the couple as "violent, dangerous and sadistically negligent" and goes on to state, "I have't seen a case like this since Baby P".
Kate is sent to Holloway Women's Prison and William is found the next day hanging dead in his holding cell.
The Queen declares it "a rotten start to the year".

FEBRUARY 24TH
Having received little attention since leaving Top Gear, Richard Hammond pledges his allegiance to ISIS and detonates a pipe bomb on the Waterloo and City Line killing 12 passengers and injuring another 32. He appears on Newsnight the following day to make a public apology for which he describes the incident as "a moment of madness".

MARCH 1ST
During an episode of 'Time Team', the fossilised remains of children's TV character, Dogtanian, are found buried beneath the M6 just outside Newcastle-Under-Lyme. Initially Tony Robinson is sceptical about how it's even possible for a two dimensional cartoon character to succumb to permineralisation in under 30 years but the discovery is later confirmed by palaeontologists at the Natural History Museum who describe the whole event as "fucking bonkers".

APRIL 15th
Scientists at Cern put two wasps into The Large Hadron Collider and smash them into each other at light speed to see what happens. The result is a new type of fizzy drink that tastes a bit like Um Bongo. When they try to recreate the experiment again using woodlice it causes a cataclysmic explosion that destroys Switzerland and sends Southern Europe into a new ice age.

JULY 19th
Sony release the eagerly anticipated 'Playstation:Neo', the world's first Virtual Reality home computer console. They are forced, however, to recall all models just 3 days later after a young lad is raped by 'M. Bison' from Street Fighter.

AUGUST 2nd
In an attempt to boost the economy, chancellor of the exchequer and megacunt, George Osborne, makes all dogs legal tender. In the first 24 hours the 'dog pound' causes unbelievable amounts of confusion and is directly responsible for thousands of violent crimes. Within one week every single dog, coin and note has to be destroyed causing a sort of economic apocalypse. George Osborne is hung from the neck until dead in Trafalgar Square.

NOVEMBER 25th
Mel B, from the Spice Girls, unveils her new band live on T4. 'Fartbox' are an abrasive fusion of crass punk, glitchy techno beats and crushing grindcore. At the end of their first song, Mel B blows her own head off with a 12 gauge Remington 870 sawn-off shotgun in a GG Allin style live suicide. The broadcast receives almost 100 complaints. The Youtube clip of the grizzly event is the first to reach one trillion.


DECEMBER 12th
It's a historic day as Britain's longest reigning monarch, Elizabeth II sadly dies. Her body is found in a ditch just off the M4 in Chippenham. Scotland treat the death as suspicious and encourage members of the public to phone in if they have any leads. The case is dropped after a couple of weeks when it gets to Christmas and it all sort of blows over. 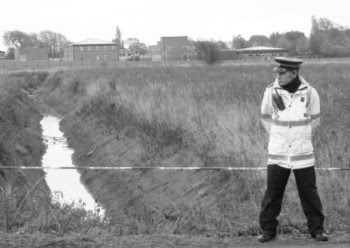