JOHN LEWIS
CHRISTMAS
ADVERT
GET TO KNOW THE CAST... 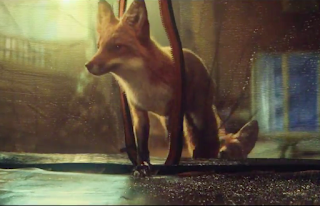 LAWRENCE FINGERSMITH
I met this guy in Clapton Pond about a year ago. He wouldn't shut the fuck up about wanting to get into acting and kept telling me that "the best way to become an actor is to write your own material". He was wearing a fucking scarf and pretending to smoke a pipe that was actually a bit of u-bend from a toilet that was still covered in tods.  He kept banging on about a play he was writing with Mario from Big Brother 9 about a horse that could turn into a shoe and that he was going to be playing a helicopter pilot called Cpt Winston Sandcastle. He told me that he'd already had a role in Game of Thrones but I did some research into it and it turns out that he'd just had a bit of his fluff shaved off and glued onto a hat by the costume department so I hardly think he has any business sticking that on his fucking IMDB page the unbelievable thundering cunt. 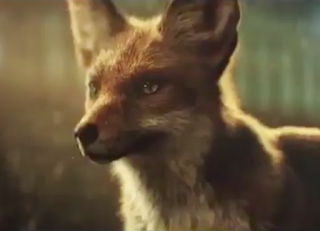 JAMARCUS CHRISANTHONY
Never met this guy but my mate Colin Hong (a pigeon) went on a team building exercise with him and a few other members of the Urban Wildlife Advancement Team (UWAT) and he said he was alright and quite funny because he glued a bunch of snails to his face and ran into McDonalds and mauled a baby and it made Colin laugh so hard that both of his feet popped and turned little fleshy popcorn balls of nonsense. 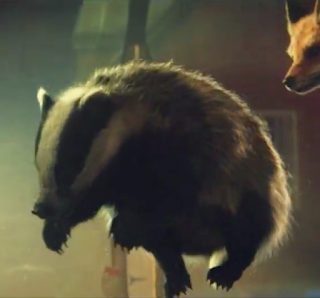 JAPANESE PEANUT
This chunky fucker lives under a caravan in Epping and claims to be a bishop but he does all of his church services in a bath to a bunch of ants so he's hardly going to be making an appearance on fucking 'Songs of Praise' any time soon.
I went to watch him do a sermon once for a laugh and halfway through he needed to have a shit and he actually had to call the midwife to come and sort the whole sorry business out. Apparently he only eats hard-boiled eggs and he's more backed up than the M25 after an overturned lorry in the Dartford tunnel. Apparently he has to have the midwife on speed-dial on his phone and he's almost died in childbirth 4 times just from toilet troubles.
He's not wearing it in this, but he's also got his bellend pierced with this massive fucking ring made out of pig iron that looks like a door knocker from a castle or something. It drags behind him covered in soil and litter and he's constantly getting it snagged on every bloody thing he comes into contact with whilst his poor penis is taking a battering and looks like it's just done ten rounds with Tyson Fury. To cut a long story short, to call him a bit of a cock would be a massive fucking understatement. 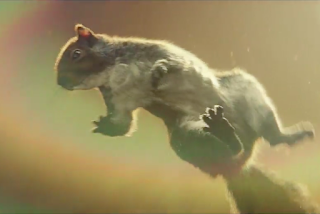 IAN MOUSEMAT
I'll keep this short and sweet but Ian's trying to get into the Guinness Book of Records for "building the tallest hat out of acorns, by a squirrel, in North London" and so far it's only 3 acorns high. That should tell you everything you need to know about this cataclysmic fuckwagon. 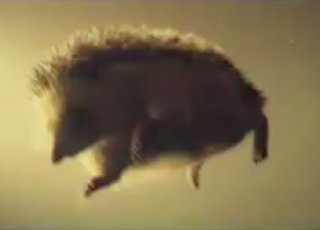 MARTIN CLUNES
Honestly, go and check it out in the credits or on IMDB or whatever. This is actually Martin Clunes. He can't get on TV for love nor money any more unless he's on ITV 7 talking about bumming dogs so he went to the casting of this John Lewis Christmas advert hoping that there might be a role for a middle aged, jug-eared, funny man but they told him that this year it was mainly going to be a bunch of animals bouncing around on a trampoline so he went away, chopped his arms and legs off, spent £35 000 on this hedgehog costume and went back and got the bloody part. To be absolutely fair on the cunt, it's a solid performance and he must be looking at some sort of industry award. If Daniel Day-Lewis and Christian Bale think that they're method actors then I'd love to see them take a Makita SP6000 power saw to their limbs and squeeze into a hedgehog costume for a 2 second appearance on a TV commercial. I bet they wouldn't have the minerals. Good old Clunesy I say.
Email ThisBlogThis!Share to TwitterShare to FacebookShare to Pinterest
Newer Post Older Post Home