GUS THE FOX : 5 BUSHTUCKER TRIALS
I'D LIKE TO SEE 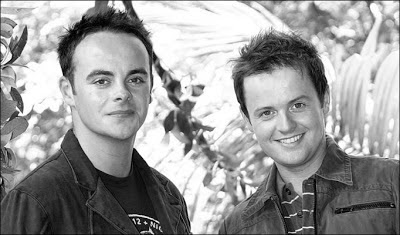 Don't hang yourself just yet because GREAT NEWS! I'm a Celebrity...Get Me Out of Here is back to make the run up to Christmas seem just a little bit less fun. Once again, a team of N-List "celebrities" are dumped in the jungle and forced to do things that even I wouldn't consider, for the amusement of Ant and Dec.
If you have posters of Eric Bristow, Colin Baker and former Birds of a Feather actress Linda Robson plastered all over your bedroom wall then you're in for a real treat this year because they're all going to be there, eating bollocks, curling one out behind a tree and then weeping themselves to sleep inside their mosquito nets. Magical stuff.
As a fan of torture and humiliation I'm a Celebrity...Get Me Out Of Here  is pretty much one of the only TV programmes that I give a single shit about. I'll quite often pop over to my mate Cwis Packham's bungalow to catch up on all the latest antics from ITV's premonitory take on what the end of the world might look like. Me and Cwis will often sit there with tears rolling down our cheeks whilst someone who used to be on Hollyoaks suffers a panic attack and starts regurgitating up the eyeballs they were forced to eat to avoid getting a bollocking off someone who used to be in The Bill. Absolutely first class.
When it's all over, Packham and myself will quite often sit around coming up 'Bushtucker Trials' that we'd like to see.
Here are my top five.

THE BOTTLE BANK
A few weeks ago my mate Vile Clive got his head stuck in a bottle bank. I'm not sure how he managed it, or what the fuck he was trying to achieve, but he ended up four feet off the ground with a bunch of wasps stinging his face and little boy inserting wine bottle into his bum. He finally escaped by using his own piss as a lubricant.
I'd quite like to see all round TV Entertainer, Brian Conley taking on that one.

WACKY WATERBOARDING
This year I would like to see Made In Chelsea star, Hugo Taylor waterboarded like a Vietnamese prisoner of war. Waterboarding is a form of torture in which water is poured over the face of an immobilized captive, thus causing the individual to experience the sensation of drowning. Waterboarding can cause extreme pain, dry drowning, damage to lungs and brain damage from oxygen deprivation. If he completes the task without losing his mind then he wins a dozen eggs for the camp.

RAT OUT OF HELL
It's always very amusing watching tasks which involve wildlife, particularly if you despise animals and enjoy watching them suffer. In this challenge, the contestant is trapped in a filthy pit with hundreds of rats and when the klaxon goes off, one of the walls begins to close in like something from Indiana Jones. The only way to avoid being killed is to pick up the rats, one by one, and jam them into the enormous gears and cogs which power the crushing machine. After they're all clogged up with bits of bone and fur a gold star is released which Eastender's actress, Charlie Brooks can take back to the camp and trade in for Supernoodles..

EATING OUT
Watching someone eat something when they're not inside it can be a right yawn-fest. A few weeks ago I climbed inside a pig and ate my way out because my mate Sexy Chris told me that it wasn't possible. Well it is bloody possible and if ITV want to start getting some serious viewing figures then they'll make Conservative MP, Nadine Dorries, climb inside a water buffalo via the anus and eat her way out using cutlery that she's whittled from bamboo.

KANGAROO BOXING
Everything always seems to be on a plate for these "celebrities". They sit down, tuck into a wombat's testicle - which has been presented on a silver plate with a nice little side salad - do a bit of retching and expect us to all to believe that isn't just a boiled egg. Well, when you live in wild you have to fight for your dinner and sometimes that makes eating certain 'bits' a bit more challenging, let me tell you.
In this challenge, WBA heavyweight champion, David Haye has to fight a live kangaroo to the death in a bout of bare-knucke boxing, before gnawing it's eyes out in order to retrieve the gold star from the bastard's pouch. It's literally the only way to keep things interesting.